Report about our school trip to London

During our journey we ate, talked, played games, laughed and slept.

We had a stopover in Brussels, where we switched to the Eurostar. When we arrived in London we went to our hostel, the Wombat’s City Hostel London in Tower Hill. After our Check-In, we had to take our suitcases to our rooms and then went out for dinner together to Slug&Lettuce Cuisine. Later we explored London walking across Tower Bridge and London Bridge.

On the second day we visited Portobello Road in Notting Hill which was very colorful and diverse. That afternoon it was very rainy, consequently we had to cancel our program. But the weather was better again in the evening and so we went for a walk at Canary Wharf.  It was very nice and I would even say that it was one of the highlights of our trip.

On Wednesday we had a very busy schedule. We went to Buckingham Palace and watched the Changing of the Queen’s Guards. Unfortunately, the Union Jack was waving, this meant that the Queen was not present. We continued to stay in the City of Westminster where we visited Big Ben. Then we went to the famous shopping street, Oxford Street. From there we went to the British Museum which was very interesting. In the evening we were all in the hostel and recovered.

On the fourth day we went to Sky Garden early in the morning. Sky Garden is on top of a huge skyscraper which is also called Walkie Talkie due to the distinctive shape of the building. It has 37 floors and from the top you have a breathtaking view across the whole of London. From there on we had free time until the afternoon. In the afternoon we went together to the famous Trafalgar Square and Covent Garden; we also went for a walk in Hyde Park, where we could see a lot of nature and animals. We had our dinner together at the Hard Rock Café in the evening. On our way back we took the red double decker bus to our hostel. Our group occupied the whole bus.

Friday was our last full day in London. Early in the morning we visited the City of London with the “Gherkin”, and then we had free time so everyone could do what they wanted to do. Unfortunately, this was not that easy because on that day most underground trains were on strike. In the evening we went for a last walk and enjoyed an ice cream.

On Saturday morning we checked out of the Wombat’s City Hostel in London; after five interesting and eventful days we had to say goodbye to London and went back home. We took the train to Kings Cross, where we took the Eurostar to Brussels. Until then everything went smoothly…

However, after our arrival in Brussels, we found out that our train to Cologne was cancelled, so we had to take one two hours later. Waiting in Brussels was a lot of fun, though, too. Back on the train again we played several rounds of Uno, read books, watched movies, listened to music and slept a lot!

In summary one can say that the trip was great. Having the teachers around us for a whole week was funny and we could get to know them in a different way. We have all improved our English skills and have learned to become more independent, which was necessary in such a big city as London.

It was a very special trip, a new and exciting experience and we all got closer to each other as a class.

In the name of the Englisch-LK1 we would like to thank especially Mrs Glaubitz and Mr Klier for the sensational organization, which is why the trip was a complete success. 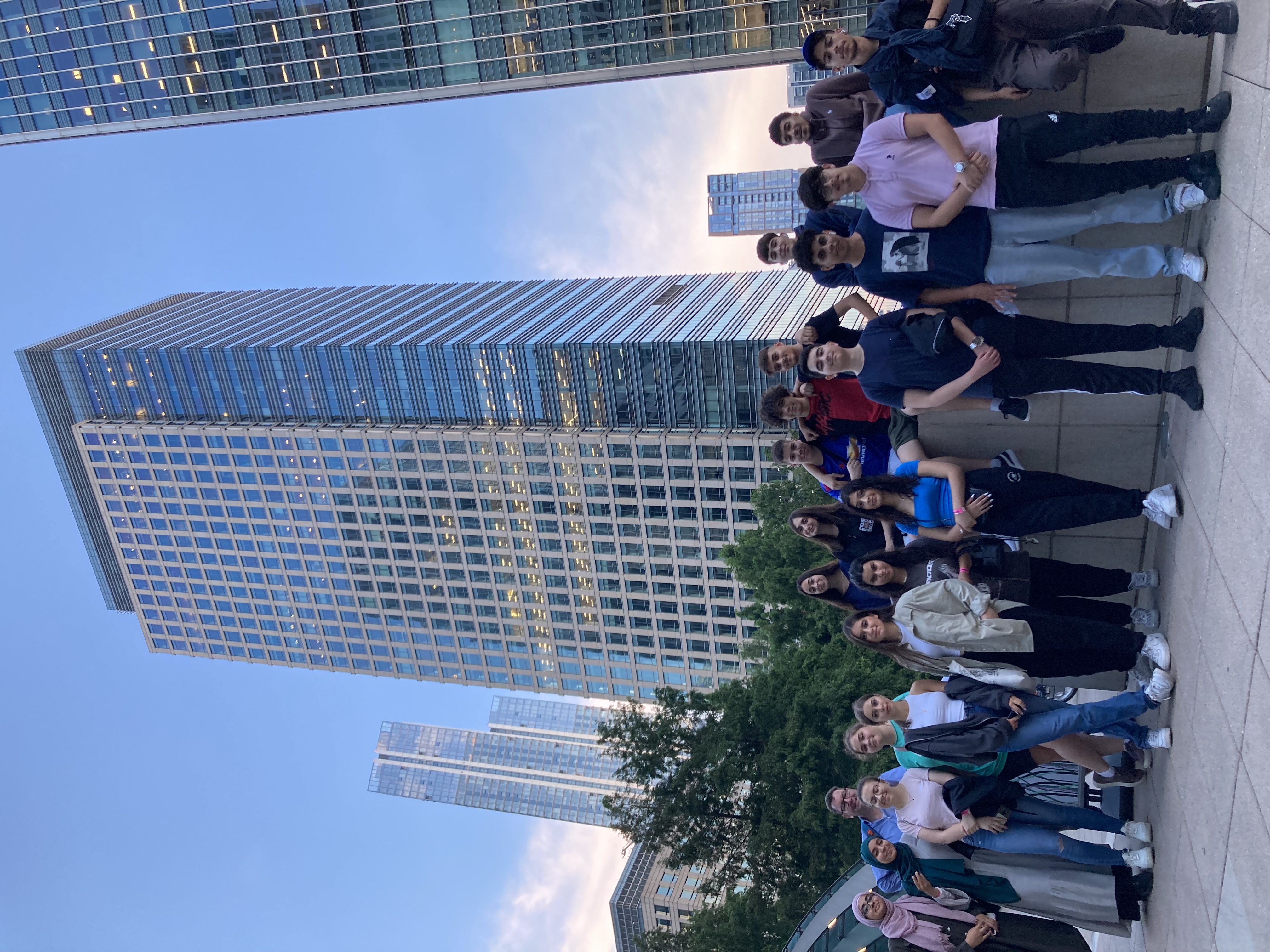